The death of the tax disc in October 2014 was met with a sudden big dip in the amount of vehicle excise duty collected, according to figures.

The amount paid by British motorists fell by £223million in the six months after the paper tax disc was ditched. At the time, experts warned that scrapping tax discs – which were first issued in 1921 – would lead to both driver confusion and more car tax evasion.

A raft of complaints from motorists who felt they had been unfairly fined for failing to renew car tax duly followed the change, which many claimed had been badly communicated.

Disc death: The need for a paper disc in a car windscreen ended in October 2014 – and eBay it left some drivers confused, while others may have decided to dodge the tax

One motoring organisation, the RAC, estimated the move would cost the country £167million a year because drivers would be more tempted to dodge paying.

The DVLA responded by labelling the RAC figures as ‘nonsense’, with a spokesman saying: ‘There is absolutely no basis to these figures and it is nonsense to suggest that getting rid of the tax disc will lead to an increase in vehicle tax evasion.’

Between October 2014 and March 2015, £2.7billion was paid in Vehicle Exercise Duty to the Driver and Vehicle Licensing Agency, according to a

This is a drop compared to the near £3billion collected in the same period a year earlier. 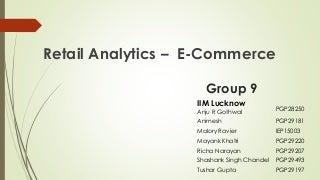 Between April and September 2014, £3.2billion was collected.

HOW THIS IS MONEY CAN HELP

In its latest annual report, the DVLA reported that changes cost £1million which was mostly spent on IT.

The move online is said to save the DVLA £10million a year compared to the previous system.

The DVLA is expected to publish the full data for the 12 months to March 2016 later in June.

Cameras with automatic numberplate recognition placed on busy roads now check vehicles against a database of those who have paid the tax.

As well as removing the need for tax discs, the changes also meant it was no longer be possible to transfer road tax to a new owner a vehicle is sold.

Sellers must cancel car tax and buyers of used cars must then renew it as soon as they have bought a car that they intend to drive on the roads.

This, the RAC also warned, would lead to more confusion and there have been reports of drivers being fined for untaxed cars within a day of purchasing them.

The situation is further complicated by the system only allowing drivers to pay for car tax from the start of a month, whereas those selling a car only get remaining full months refunded.

This means that if someone buys a used car on the 28th of the month, they must pay the full month’s car tax.

Meanwhile, if someone sells a car on the 2nd of the month, they cannot reclaim the tax for the following 29 days, only the remaining full months after that.

The National Audit Office said there would be no ‘material increase in lost revenue’ from axing the paper tax disc.

But in its annual report, it said the change was likely to have contributed to an ‘initial increase in reported levels of non-payment.’

In a survey of more than 250 sites last November, the Department for Transport estimated that 1.5 per cent of motors on the road are untaxed.

This was a sharp increase on the 0.6 per cent figure for 2013, which it said was ‘probably due to major changes to the vehicle licensing system, which took place in October 2014.’

Oliver Morley, DVLA chief executive, told the FT: ‘Almost 99 per cent of all vehicles on the road are correctly taxed: that’s around £6bn in vehicle tax passed to the Treasury every year.

‘We write to every registered vehicle keeper in the UK to remind them when their tax is due and we have introduced a range of measures to make vehicle tax easy to pay — such as direct debit or online.

‘At the same time we are taking action against those who are determined to break the law.’

According to its recent accounts, pre-tax profits more than doubled in the 12 months to the end of May.

It also has HMRC and Transport for London as clients – but doesn’t share how much of its income comes from each department.

The removal of the tax disc was mourned by some motorists – especially so-called velologists, who collect them.

In the aftermath, some tax discs were selling for tidy sums on online marketplaces such as eBay.

Cannot Afford a New iPhone? Here is The Alternative